Screaming On The Inside


Over and over again when I tried to open my eyes, Peter told me what had happened. The only thing I could do was to listen and watch and hope that someone would notice that my eyes were slightly open and could guess what I was thinking. There are no Hollywood moments in waking from a coma. In real life, waking up is a fragmented jumble of impressions, lights and sounds. It is painful and noisy, so the urge to close the world out for ever becomes overwhelming. What took me a few seconds before my coma could now take an entire day.

Trying to remember my own name, even when I had just heard it, or trying to remember what someone had only recently told me were overwhelming challenges that drained me, making me sink into a deep, hard, dreamless sleep for hours. It took a long time before my eyes opened fully. It simply happened. I knew nothing of it and to my family it was all going painfully slowly. Or rather, it was a chance for everybody to look in, to see if there was anybody there. The initial sense of joy everybody felt from the first minute my eyes had started to open quickly chilled. The doctors warned Peter not to get his hopes up.

Sunset eyes are typically seen in patients with severe brain damage after long-term coma. I might have some awareness of things around me, but I would probably never talk again, eat by myself, do everyday tasks, or recognise Peter or any of our children. I might be aggressive, less loving. I might shout or cry, not knowing why. And this was if things went really well. Just as my carers and family became used to my downward gaze, tiny changes began to happen.

'I was screaming inside but no one could hear me': The woman who had to die to start living

Peter realised that my eyes closed gently if he asked me to close them and moved slightly in his direction when he spoke. He felt hope growing. He thought he could see the fight in my eyes; see the stubbornness, strength and resilience that had always been my calling card. He wanted to believe it.


My family needed to believe it. Noticing my tiny reactions, Peter and the children now had something to do, to help keep them sane and give them a sense of purpose. They could talk to me and watch for my reaction, monitor the movement in my eyes. They had derived comfort in talking to me even in the absence of a response, but when I started the long process of waking up, their mission had a new impetus.


Peter read to me every waking hour, every break between checkups and tests. Now he had reason to believe that something would get through. The children were also enlivened by my progress and they took turns reading out the letters and cards friends had sent. They told me what happened at school and what they had for lunch. They asked me questions, sang to me. This created an artificial haven in which they were talking to their mother and she was listening — even if there was no response. I was still oblivious, except, every now and again, I sensed their presence.

The children were coping as well as possible in such a situation. Daniel, who was eight, and Victoria, 14, went to school but they were ghosts, waiting for the day to end so they could dash to the hospital to see me. Johan, who was 18, was in limbo, uncertain when he would return to boarding school. Growing desperate for any kind of reaction from me, Peter asked the doctors if a good friend of mine might visit.

They agreed. In a soft voice Peter told me who had come and they stood next to my bed talking to each other. Slowly I opened my eyes. The passive downward gaze that heralded a defunct brain had changed. I looked up, straight at them. Can you see us? I blinked. This was the first sign I had not lost all my cognitive abilities, that I could understand simple questions and recognise people. After two weeks of terror, good news at last. But the moment lasted only minutes before I drifted back into darkness. Over the next week my mind moved between a conscious and illusory state, trying to find answers to what had happened.

People were patient, going through the details again and again, but my short-term memory had gone. Each time I was told I was confused, terrified and saddened. This is normal following brain damage and long-term coma. For me everything — past and present — was a blur and little made sense. I knew who Peter was, and the children.

But I had no idea who all those other people were, checking things, taking blood and talking to me. As I woke each time the only things I was aware of were humming sounds from machines, and then commotion, loud noises, running, panic. He was never gone for long, but a few minutes felt like for ever. Rikke, now 43, spent five months in hospital before finally being able to go home.

If I am tired I have to rest or my body will stop functioning. I am practically blind in one eye and need glasses to read with the other. My left thumb is my only unimpaired finger [due to gangrene Rikke had nine fingers partially removed]. I got my life back — even if it is a different life. I felt abandoned, desperate, frightened. It was tough and it still is.

My priorities are different and some months after returning to my university career in data visualisation I realised this was no longer what I wanted. With others, I have founded an educational charity, The Science Club, a mentoring network for children and young adults.

I also founded a company, Graphicure, with a colleague. Our mission is to empower patients to monitor and understand their own treatment and recovery. In the first few years following my recovery they were on high alert for signs of me feeling unwell. The shock sits with us as a family and it takes very little to take us back to where we were.

It is quite another to watch a friend hurt and weep and reach for God in heartache and then to read in astonishment the inner glory wrung from her life. I have been her pastor, her friend, her co-laborer. 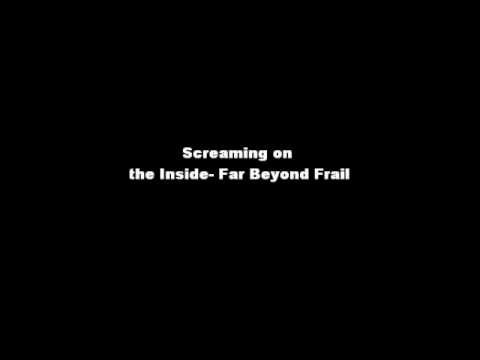 She is an authentic woman of God. Yet who knew that she could capture that authenticity so tenderly on the page and summon us all to greater depth and greater spiritual passion. By the end of the book, you will know the God Whom Leann worships. Leann Albrecht is an internationally known and respected worship leader, recording artist, and public speaker.

Her voice can be heard on hundreds of recordings and she appears at events around the world.